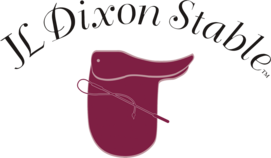 Our Summer in the Blue Grass

The months of July and August found JL Dixon Stable on the road.  Camped out at the newly purchased Deardorff Stable in Versailles KY, this was home base. Antonio and Sandro Mendoza remained with the horses throughout while Jennifer travelled back and forth between shows. Here We Are, Nutta You Business, Your Lucky Stars, His Supreme Reflection, Supreme Kiss, Mountjoy’s Extra Nice and Stand Out Star all made the trip.

Our first show was the Lexington Junior League Horse Show.  There the challenges of older barns, rain and more rain, thrown in with some heat and humidity made for a week we’ll all remember! Showing on the track in Lexington is an experience all to its own. The length of the straight away is daunting and then the narrow turn accompanied by a downhill or uphill slope.  One must be aware at all times where they are in the ring particularly when it’s wet. The charm, history, ambience and tradition of the Junior League show make it a favorite to many. With grand stands on one rail and covered box seating on the other the spectators are right there with you.  Known as the largest outdoor show held for American Saddlebreds in the U.S.A. certainly our crew from CA did us proud! Each horse in the top ribbons in their division with Gen Hess and Your Lucky Stars jogging their way out on two victory passes in the Country Western Pleasure.  A favorite moment of the show was Susan Valley and her buddy Al being called for the second place ribbon in the Adult 5 Gaited Show Pleasure.  This was Al’s first step into the Pleasure division and boy did he light up that track! Nearly as bright as Sue’s face as her number was called!

The next leg of the journey took us to Ashville North Carolina in the Blue Ridge Mountains to the Blue Ridge Horse Show. This show has been nick named “Little Louisville” over the years because of the depth of competition. An exhibitor friendly show at a very nice facility with good hospitality.  We jokingly referred to ourselves as “foreigners” simply because we were so far from home. Our truck with the CA license plates got many a double take looks. If we had a nickel for each time we were asked: Your from CA? You drove all the way here? It certainly added to the fun.  The drive from Lexington to Asheville was a fairly quick five hours. Thinking of mountains you typically think of cool air or at least a breeze.  The day of our arrival there wasn’t a breeze to be found, except in the show office with the air conditioner.  Or in front of a fan. I don’t think any of us have ever sweated so much setting up.  The four of us, Jennifer, Gen, Antonio and Sandro went through 27 bottles of water that day.  Once we were settled in and then had showers we were off to a good start. Early a.m. work was necessary to beat the heat! We did manage to have some extra fun as we four of us went river rafting on the French Broad River. It was a great afternoon with 49 people from the horse show going out to play.  We all managed to stay in our rafts over the rapids. It was certainly great fun and a highlight of the trip! Once again our horses did us proud winning top ribbons in all of their divisions.  Adding to the collection were our Morgans MCS Bandini and GLB Man of the Hour.  Sharon Boyce Bender had been in CO for the Circle J Regional Horse Show. There she showed under the supervision of The River’s Edge.  The River’s Edge made the trip with several of their horses to Blue Ridge also where we all met up and stalled together. It was a group effort and a very good time! We had some wonderful dinners at places like 12 Bones. The best BBQ I’ve ever had.  Arriving back home it was time for much more sensible eating. But boy was it fun while it lasted!

Louisville and the KY State Fair were our last stop.  The show of all shows with nearly 2000 ASB’s and Hackney Ponies. We have grown accustomed to the heat and humidity by now, but the air conditioning of the North Wing stabling was a welcome relief.  We were able to set up and then move the horses in a couple days later so that they could stay rested while the move in chaos continued for everyone else.  Once in and settled we started final preparations for our qualifying classes.  Milan Kordestani flew in early to get a practice ride before his show time. We proudly flew the CA flag on our golf cart as well as in our box. All of our horses showed very well each making it back to their respective Championship class. Milan and Supreme Kiss were 2nd in their division of the Juvenile 5 Gaited Show Pleasure. Gen Hess and Your Lucky Stars ended up 3rd in the Western Country Championship.

Sue Valley, Sharon Bender, Alison and Melissa Freeman all flew in for the weekend to cheer on their barn family. Their support was greatly appreciated. It’s always so fun to have as many of us in one place.  Since there isn’t a performance Thursday morning several of us went downtown to lunch at Proof on Main and then a tour of the Muhammad Ali Museum.  It was a lovely afternoon.

Sue Valley got to ride on the green shavings trying out a 3 Gaited Horse. She tried several and decided on purchasing “Lyle Lovett”.  Lyle made the trip back to CA with the rest of the horses coming home from their Bluegrass Summer.  Everyone is home and happy to be in their own stalls/beds.  We’ve taken it a bit easy for the first week of September, but we’ll be gearing up with the Morgans for their World Championship and then the CA Futurity in Las Vegas! Look forward to seeing everyone there!

Somehow the winter quickly turned to spring and wham! We are back into the thick of show season.  Prepping for the upcoming season, Scott Matton of Knolwood came out to spend the weekend and help everyone refine their equine skills.  Scott is always fun and informative and everyone learned a lot from him. Jeffrey Fetzer was also in town for the day working on some Fetzer Face’s.  It was a fun weekend for all!

Jennifer found herself travelling to KY a couple of times over the past few months.  Since Milan Kordestani sold Mocha’s Mudslide, he decided that a horse for the Juvenile Gaited division would be fun.  Jennifer found several and then returned again with Milan to narrow it down.  Mountjoy’s Extra Nice was the one they agreed upon.  “Momo” arrived at the beginning of April. He and Milan have been working on teaming up together.

Gen Hess was on one of the trips as well and decided she needed to own Stand Out Star.  This lovely mare had been under the direction of Debbie Foley.  Debbie had started putting together an impressive show record with this mare in the Ladies Gaited division.  We look forward to Gen and “Lizzie” teaming up as well.

We found ourselves on the road to Scottsdale AZ and the Carousel Horse Show.  With nine horses at the ready everyone started the year off in a big way. Alison Freeman and Kalarama’s Witness reclaimed their Juvenile Show Pleasure title. Milan and CH His Supreme Reflection reclaimed their Park Saddle titles.  Sue Valley and Here We Are were a strong second in the Amateur Gaited qualifying class with barn mate Gen Hess and Callaway’s Already Gone coming in 4th. Those two switched places in the ribbons back in the Championship.  Milan and Supreme Kiss had solid goes as did Sharon Bender and GLB Man Of The Hour. Amanda Vinson ended up the Classic English Pleasure Champion aboard VVM Uncensored.  She even had an extra passenger on board as she is expecting this fall! Congrats Amanda and Josh! Gen Hess and Nutta You Business bested the Country English Pleasure qualifying class and then were Reserve Champions in the stake.  Your Lucky Stars was third in the Western Country Pleasure. “Stevie” wasn’t so sure he enjoyed the desert.

Several horses attended the Monterey Springfest Horse Show.  A big Thank You! To Susan Valley and the entire team of volunteers and officials that helped to put on a nice show. While attendance was light the sense of community was strong and the feeling of preserving our Northern California shows was great. Sue and “Al” were victorious in the Amateur Gaited qualifier and Championship. Your Lucky Stars and Gen Hess were on the money to win both the Western Country Pleasure classes.  Katie Sinclair and CH Thundersnow showed in the UPHA Challenge Cup as well as the Equitation Championship. Katie jumped right out of walk and trot and into doing patterns! Well done! Sue was back to win the Country English Pleasure aboard CH Too Attached.

Nan Champman continues to battle lung cancer.  She has been in Stanford Hospital and should be returning home soon. Please keep her in your thoughts at such a difficult time. A long- time supporter of the American Saddlebred as well as NCASHA and the Northern CA show circuit.  We miss seeing Nan at the barn!

We continue to cheer for our good friend Kevinn Michael as he recovers in the hospital from emergency surgery.

We are off to the Horse Show at Woodside next and hope to see everyone there!

The 2016 show season started off with the same enthusiasm and momentum that JL Dixon Stable had in 2015.

The first stop on the road was the Carousel Charity Horse show in Scottsdale AZ.  Nine horses traveled the distance from California to compete with horses from CA, AZ, WA, NV, and CO.  CH His Supreme Reflection and Milan Kordestani picked up right where they left off last year winning the Amateur Park Saddle as well as the Amateur Park Saddle Championship.  Milan’s skill as a showman continues to improve with each ride.

Alison Freeman and Kalarama’s Witness won the Juvenile Show Pleasure Championship for the second consecutive year! Alison and “Bella” were spot on Sunday afternoon besting the class of eleven. They finished with the yellow ribbon in the qualifier Friday night.

Amanda Vinson and VVM Uncensored were on the money to win the Morgan Classic English Pleasure.  “Vegas” was a bit too exuberant in the qualifying class earning the third place ribbon.  He exuberance channeled back in the Championship earned them the victory pass. Congratulations to Amanda and husband Josh as they are expecting their first child!

Supreme Kiss and Milan Kordestani once again hit the ring in the 5 Gaited Show Pleasure division.  Milan and Kiss had stellar passes in both classes, working hard over the winter becoming an even better team. They earned the third place ribbon in the qualifying class and then ended up fourth in the championship.

Sharon Bender and GLB Man Of The Hour were in one of the largest and most competitive Morgan classes of the horse show. She and Howie earned the sixth place ribbon in both the Amateur qualifying class as well as the Open Championship.

The warm sun and dry feel of the Arizona dessert certainly agreed with our show horses and their exhibitors. We had a great time sharing the barn aisle with the Rivers Edge, our good friends from CO.

Congratulations to all to such a successful beginning to the show season!